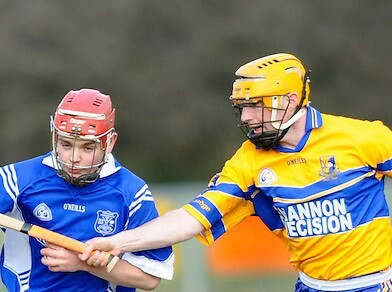 Fielding four teams once again at Adult level is an illustration of the clubs commitment to cater for as many as possible who want to hurl. Indeed the Parish League helped to get players back on the field of play and was a fun way to start pre season training! The club are grateful to the County board for recognizing the clubs ambitions to have as many hurling as possible and facilitating a bulk regrade of mainly older players to Junior C. Led by Mikey Corbett as manager with help from Alan Whyte, Patrick Punch, Ed Skehan and Tom Keogh, the team will be hoping to get over the first round with a win but they know it will be no easy task against a Cratloe team with a number of players who have played at a high level. The Junior Cs will have their opening round of championship against neighbours Cratloe and this game will be played on Bank Holiday Monday at 3pm in Newmarket.

The Junior B team will be hoping to go one step further this year having narrowly lost out last year to Scarriff in the County Final. For the championship opener, manager Terence Chaplin will be assisted by Brian Culbert, Noel Flannery, Brendan O' Callaghan and Gerry O' Halloran. The Junior Bs will be in action against Broadford on Sunday and the game will be played in Cratloe at 7pm.

Best of luck to both teams in Championship.