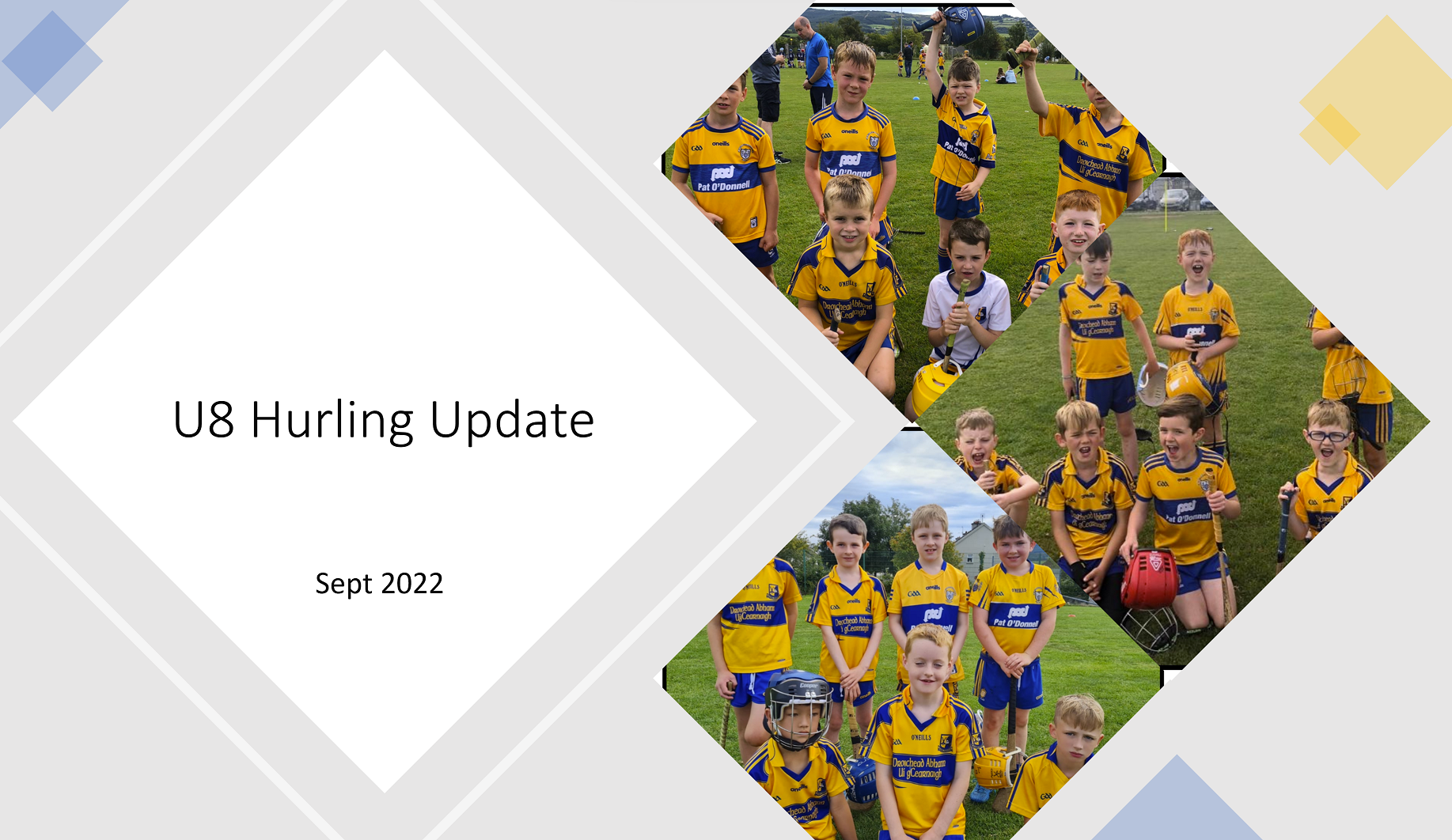 Following 5 months of combined training with their U9 colleagues, the Sixmilebridge U8 hurlers have recently commenced their own training schedule for the U8 Clare GAA Go-Game blitzes. Twice weekly, on a Tuesday and Thursday evening, the 30 future stars born in 2014 have been diligently training under the watchful eye of John Reddin.

On August 28 th our first blitz against Kilmaley took place on a glorious Sunday morning in Cappa Lodge. Almost two weeks later on September 10th, the weather gods also looked favourably upon us as we took on Doora Barefield in Gurteen.Both blitzes were a tremendous success and it is hugely encouraging to see the progress been made by these young men.

U8 training to date has honed in on fine-tuning their existing talents, whilst bringing new drills on board such as catching, taking their steps and striking on the run. It is always heartening to see the lads proactively trying to execute these new skills in their matches. The steady progression from the Kilmaley blitz to the Doora Barefield blitz, has been fantastic.Next up is Go-Game blitz number three which will be against Clarecastle, provisionally fixed for the weekend of September 24 th . We will be in contact with parents in due course. 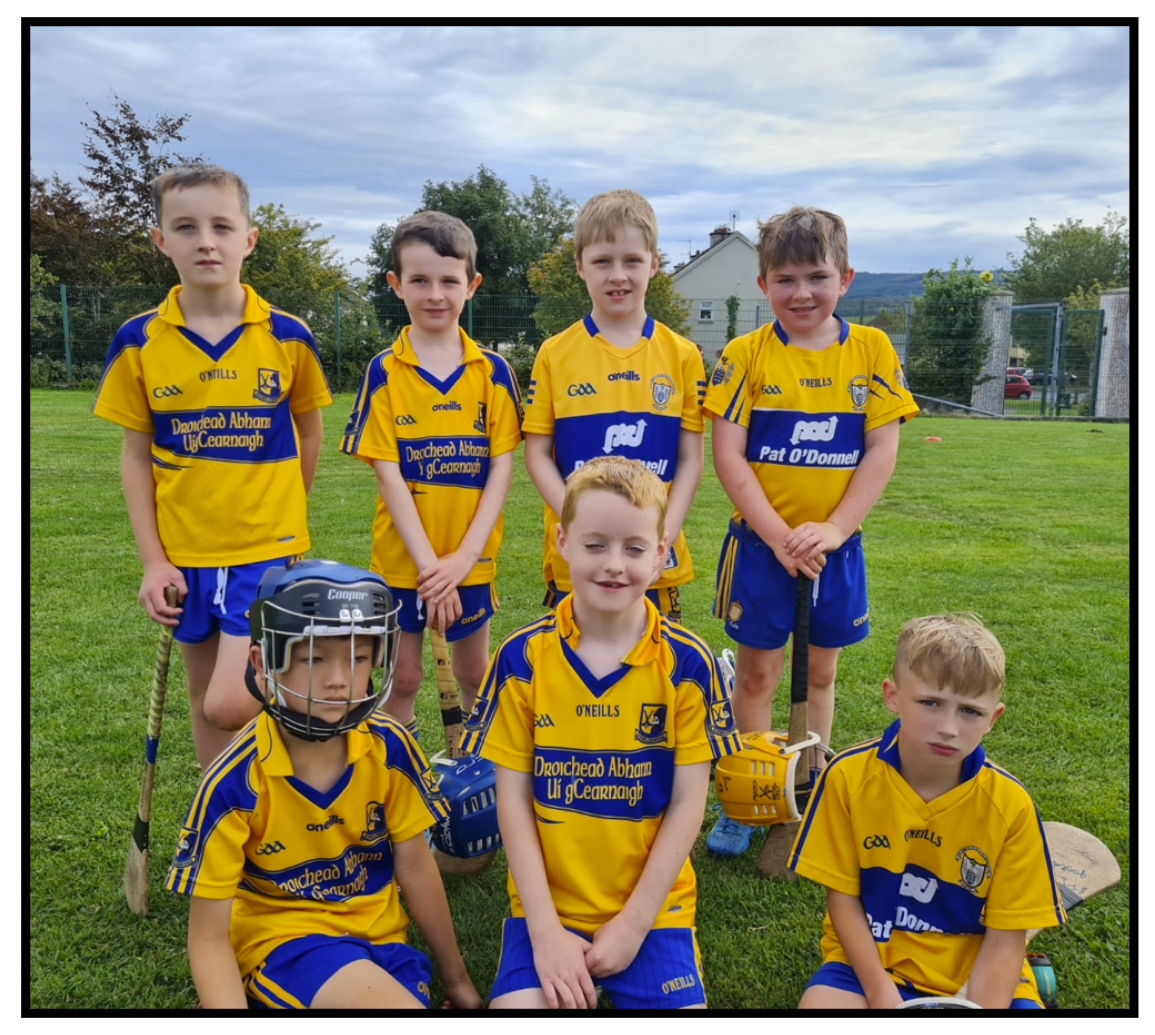 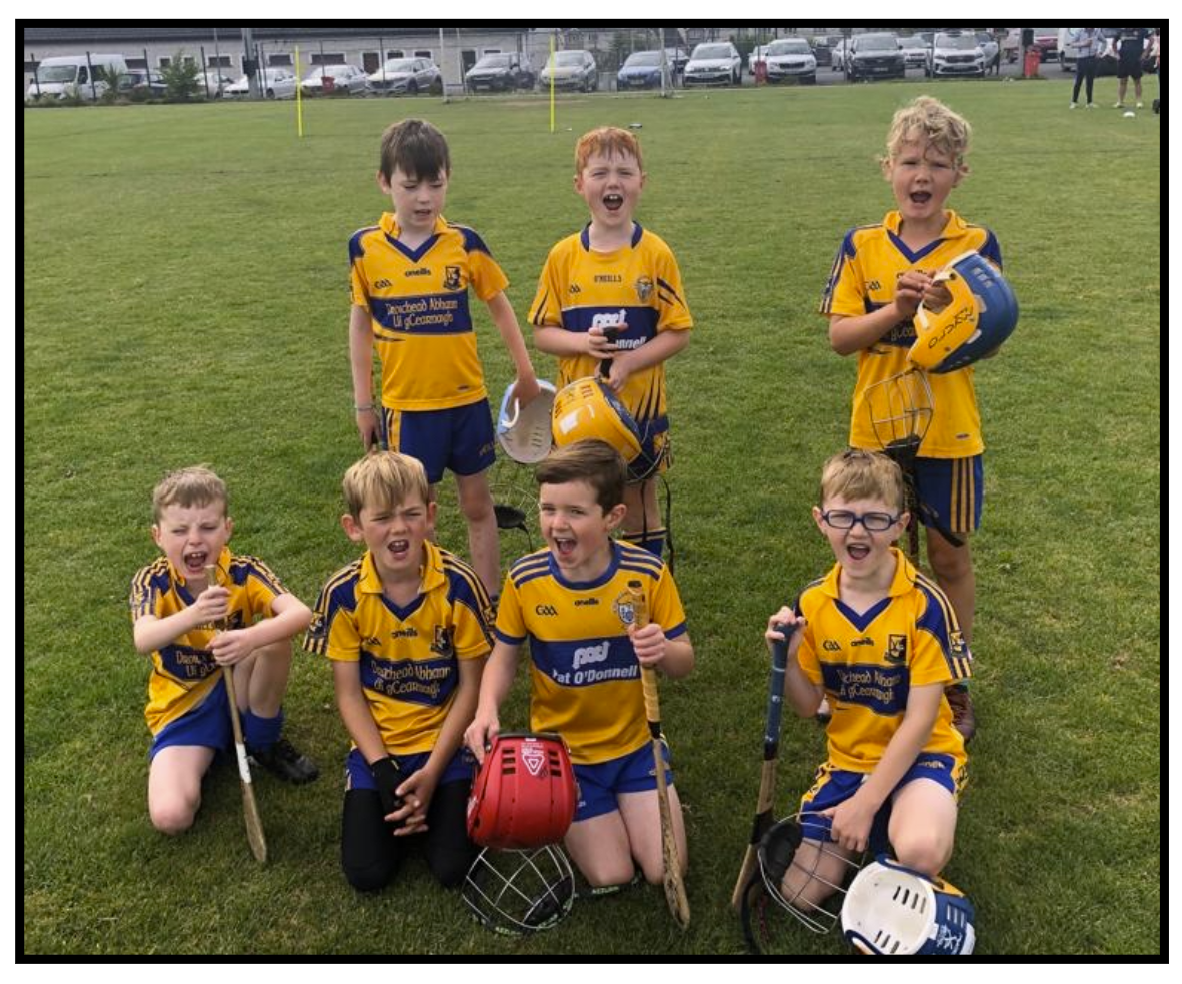 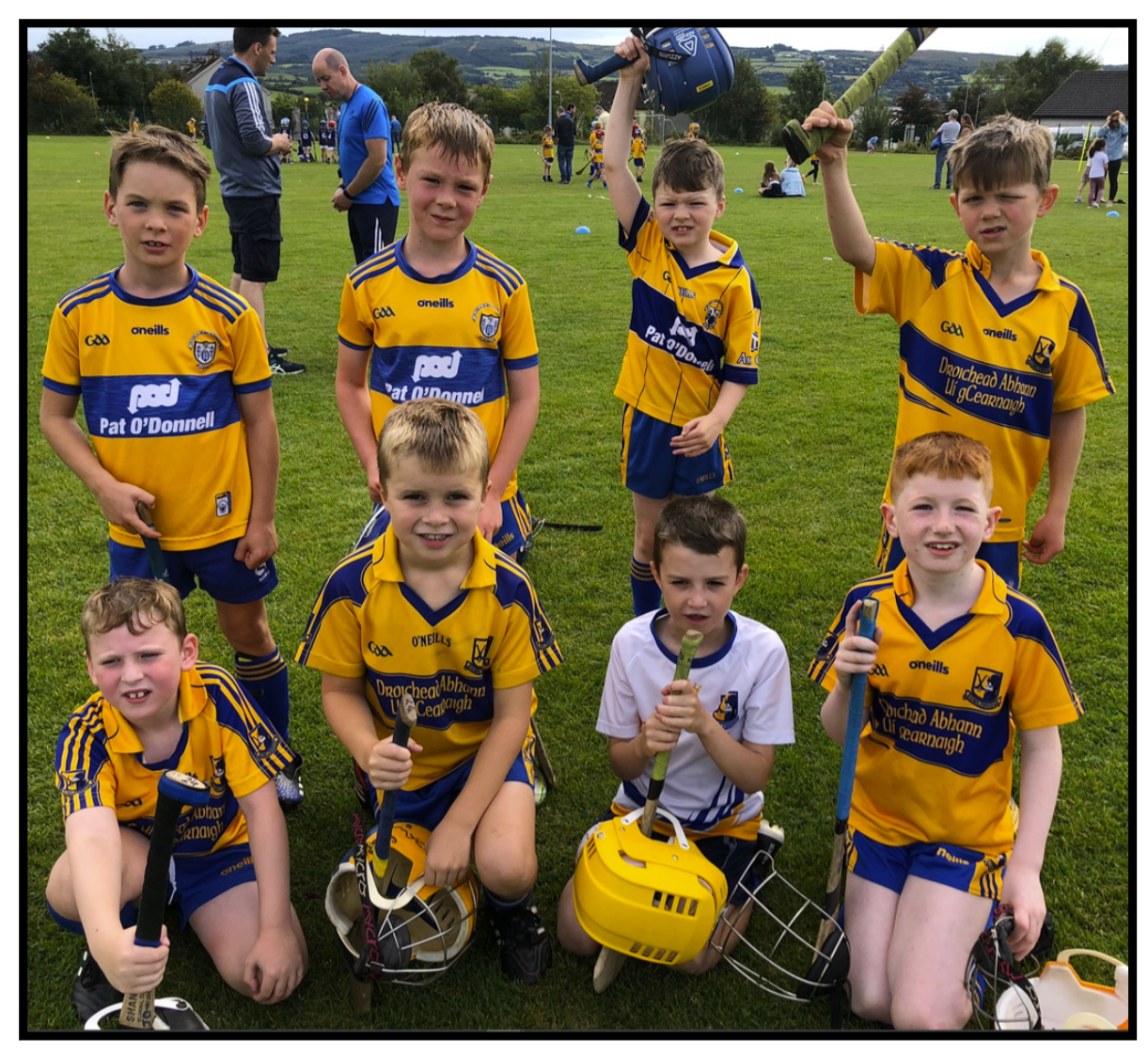