Blitz of Blitz’s for the Under 7’s 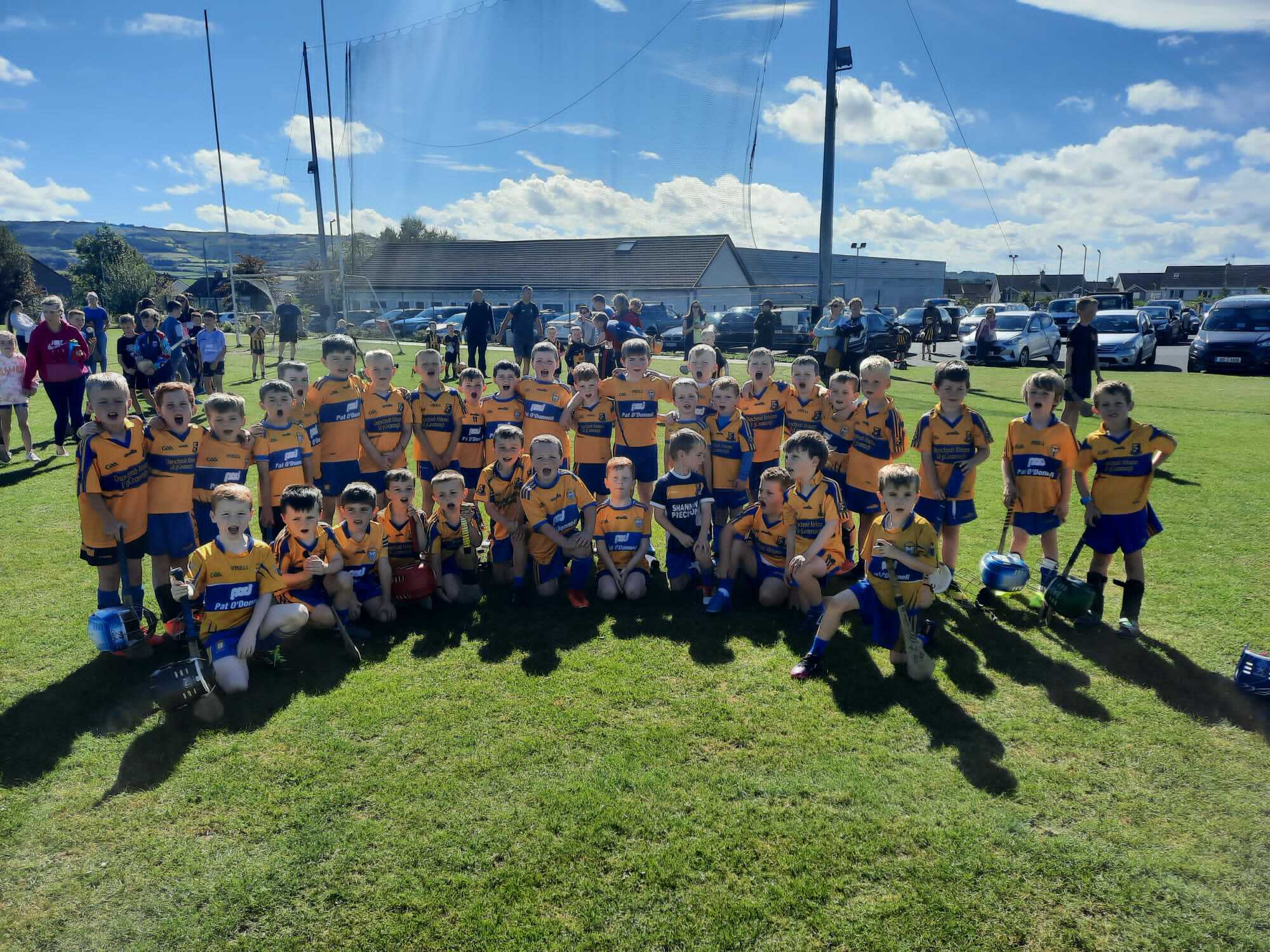 Over the past three weeks our under 7 boys consisting of ages 4 through to 7 have taken part in no less than 4 blitzes’. All of these have been very good tests for our boys & it has been fantastic to see the players taking on board the training, the coach’s feedback & all the skills being practiced from home coming to the fore during each blitz.

After a 3-week layoff due to our mini summer break & Cul camp we returned straight into this blitz in the main field on a bright sunny morning. The boys showed great character to dust off the early rustiness & holiday blues & in fairness to them all, as the blitz went on the players got more & more into the games & finished strongly against a good Kilmaley outfit.

After a positive week training & knowing the challenge that we faced v Ballyea having played them earlier in the summer, the boys started this blitz extremely well & gave a super account of themselves throughout the mornings action. Both teams fielded 5 teams of 7 players each & played some very competitive games. Super numbers on show here with over 70 players from both clubs involved. 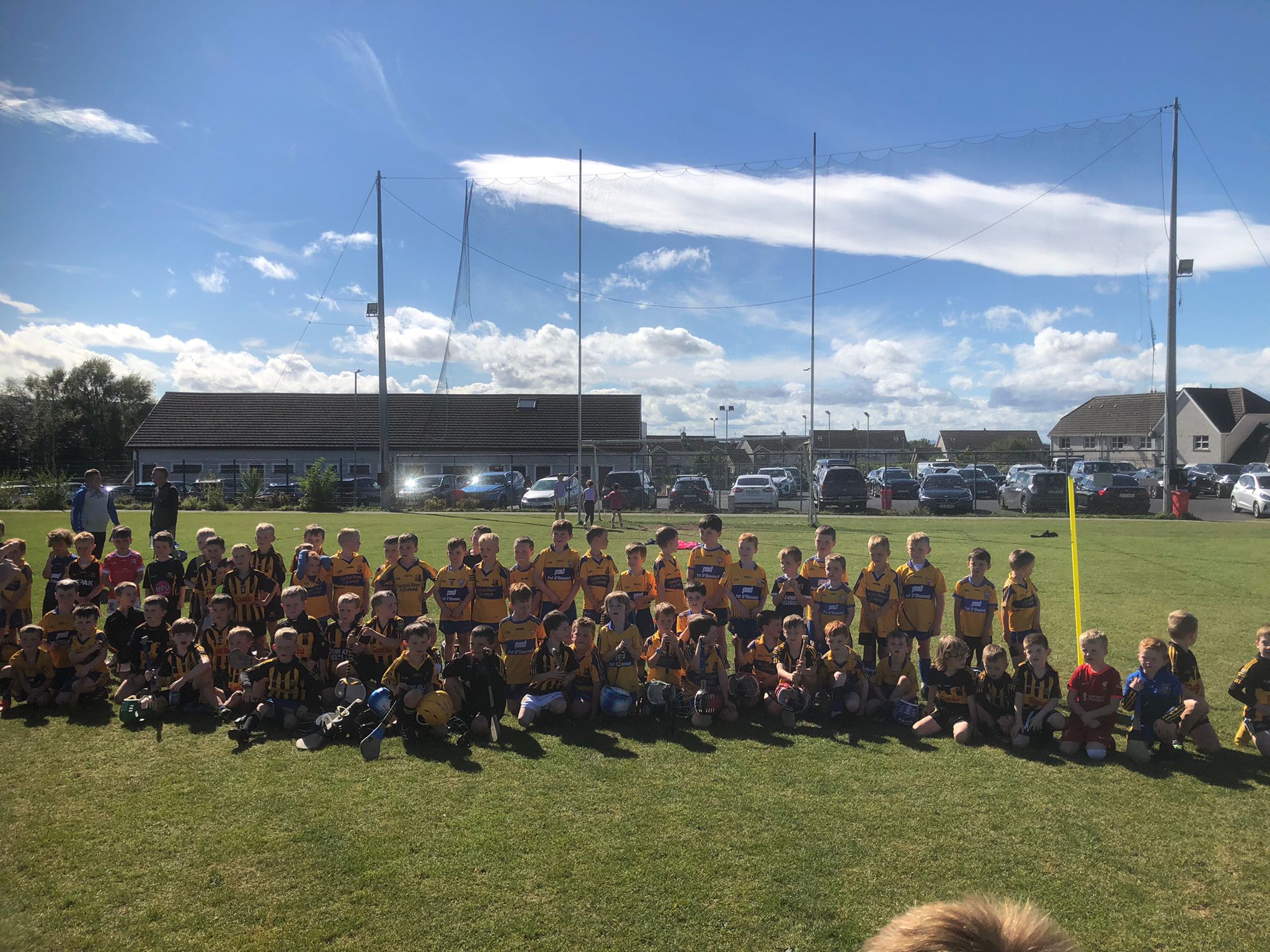 Following a quick training session after the Ballyea blitz, we headed up the road to face the Magpies. Each team fielded 4 even based teams for this blitz. On arrival our boys noticed something different was in the air & right from the first throw in our lads knew that this blitz was going to be different than normal. The maggies came with a no holds barred approach & weren’t going to let the bridge boys run around & get a free role to display all their skills. Rumours are Kieran Lidane will have to get in a few of his referee buddies if there’s a rematch! But in fairness to all, this was a fantastic evening’s hurling across all of the 4 matches played & the physical elements were a joy to watch from both sides with no player holding back.

Lastly in our whirlwind tour of blitzes we headed up the road to Clarinbridge to take on one of the might’s of Galway. This was something the coaches had in the schedule for a good few weeks & this trip was going to be a major focal point of the U7 year for two main reasons – 1) We would use it as a base to view where we stood in terms of abilities versus a strong Galway underage side & test ourselves against them and 2) To use it as a day trip with a stop on our route home to treat the players after the hard work & all their efforts over the past few months.

Credit to all the players (with their parents help of course), they were all there on time & in full SMB colours. The eagerness on show prior to the teams being named showed that the bridge boys were in Galway to put on their full display of talents.

Each team fielded 7 teams of 5 players each & there was a total of 5 x 10-minute games played. The level of these matches was a joy to watch & all the parents, coaches & players enjoyed every single minute of this. Credit here to Clarinbridge for the pitches that were setup, the smooth transition from match to match & the overall positiveness & respect shown towards Sixmilebridge throughout.

Thanks to Ken McHugh for opening the lines of communication & organisation here for this blitz with Clarinbridge & we are eagerly awaiting the opportunity to host the return fixture.

After this we headed off to Gort where Paul Fitz had his local knowledge of this area well on hand & slotted us into a lovely, enclosed park area to keep the boys happy (crowd control is a key element at underage). The boys were treated & thrilled to receive a lovely Supermacs meal followed by ice creams all round. After a few high sugar energy moments & the residents of nearby villages highlighting high volume roars & laughs, the boys completed a full clean up & headed off on their merry ways to no doubt sleep happy & dream of further trips in the bridge colours like this.

Lastly a special mention to a few for the past few weeks.

To all the parents who continue to encourage practicing at home & continue to drop the boys to trainings & blitzes in their high numbers.

And lastly but by no means least to the mighty U7 players who give their all week in & week out. The past few weeks have seen an excellent application in skills, attitudes & performances by all & long may this continue.

The boys continue to train with all the coaches eagerly hoping to fit in another 3/4 blitzes before the year closes out. 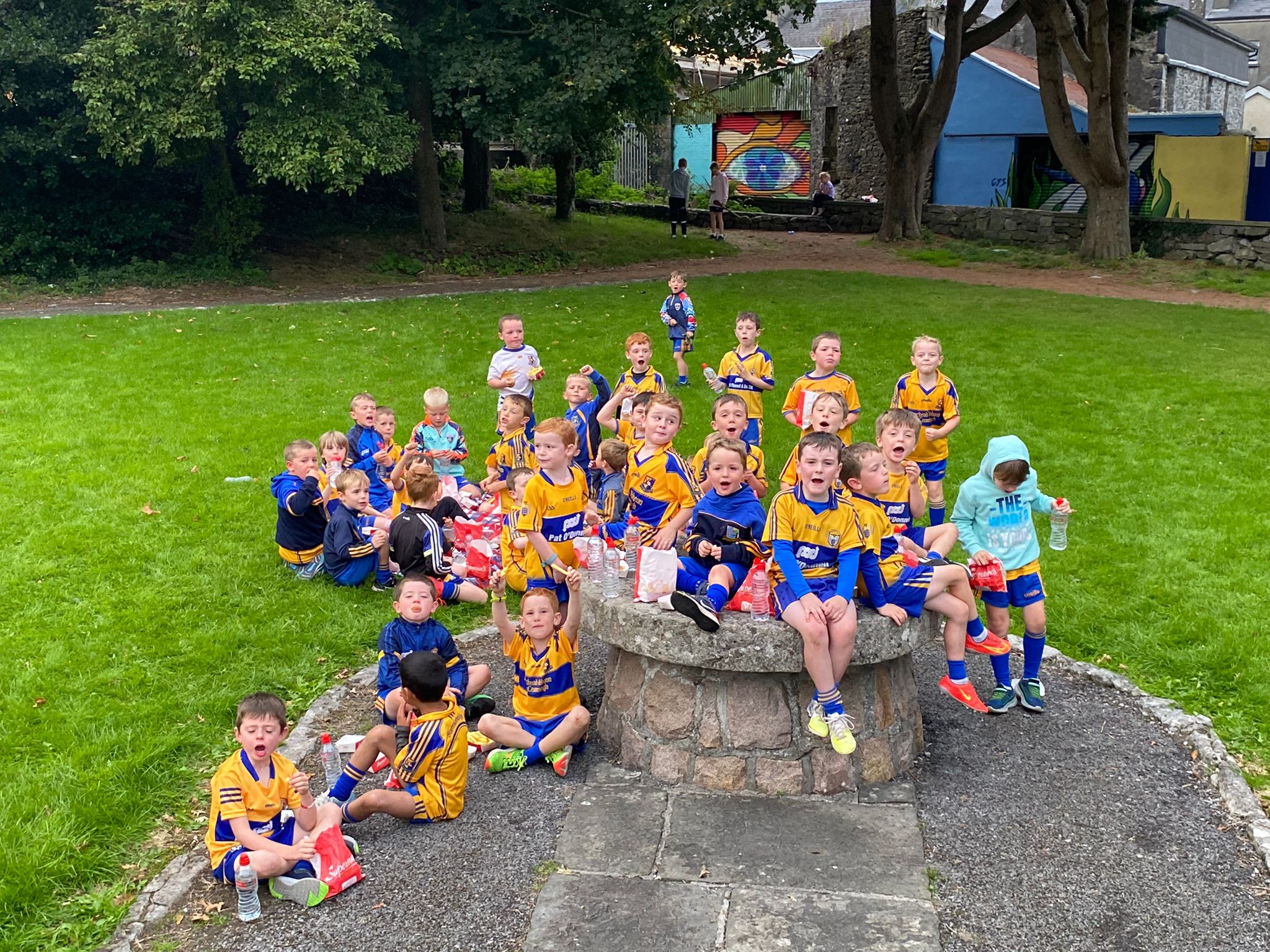