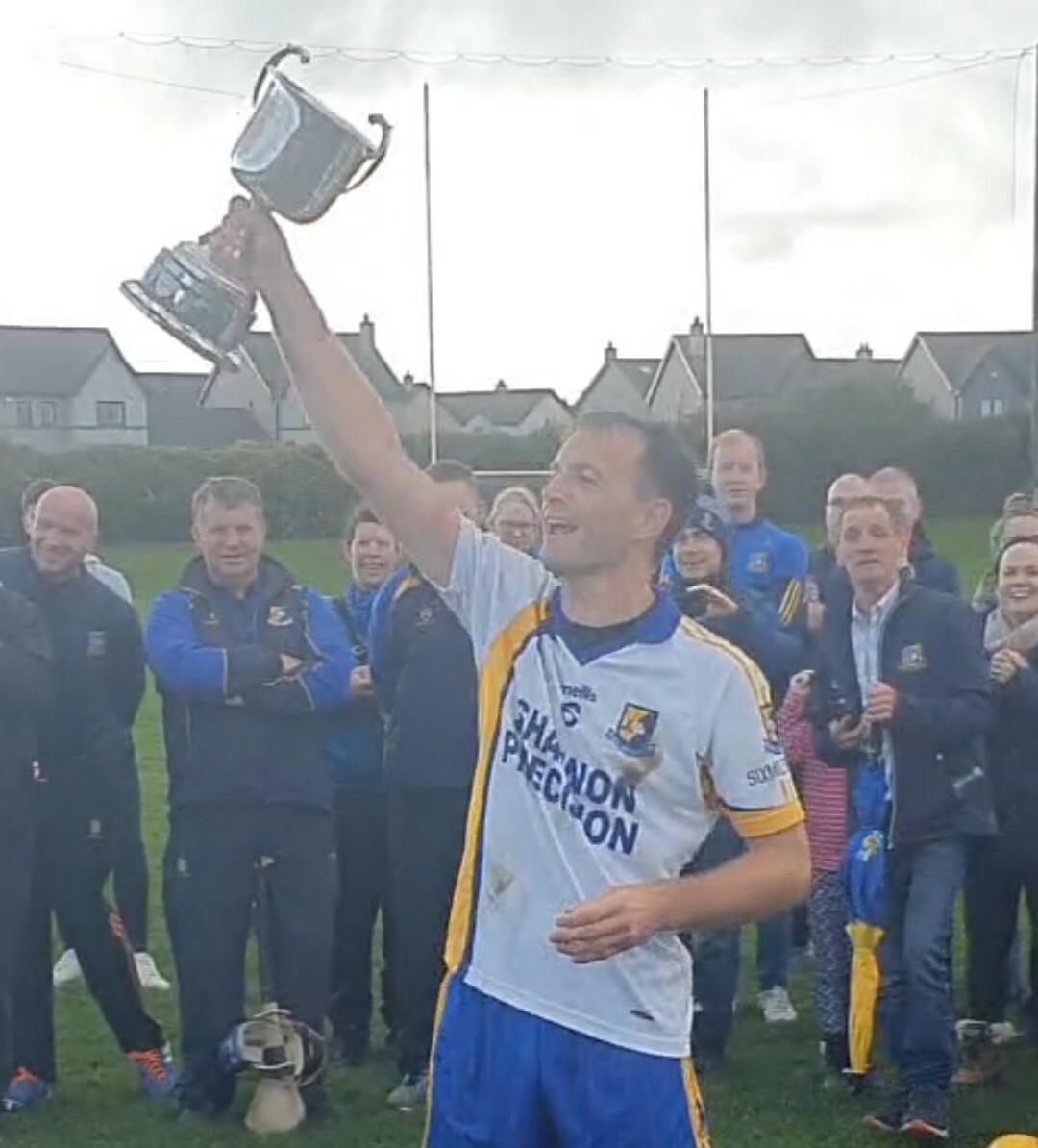 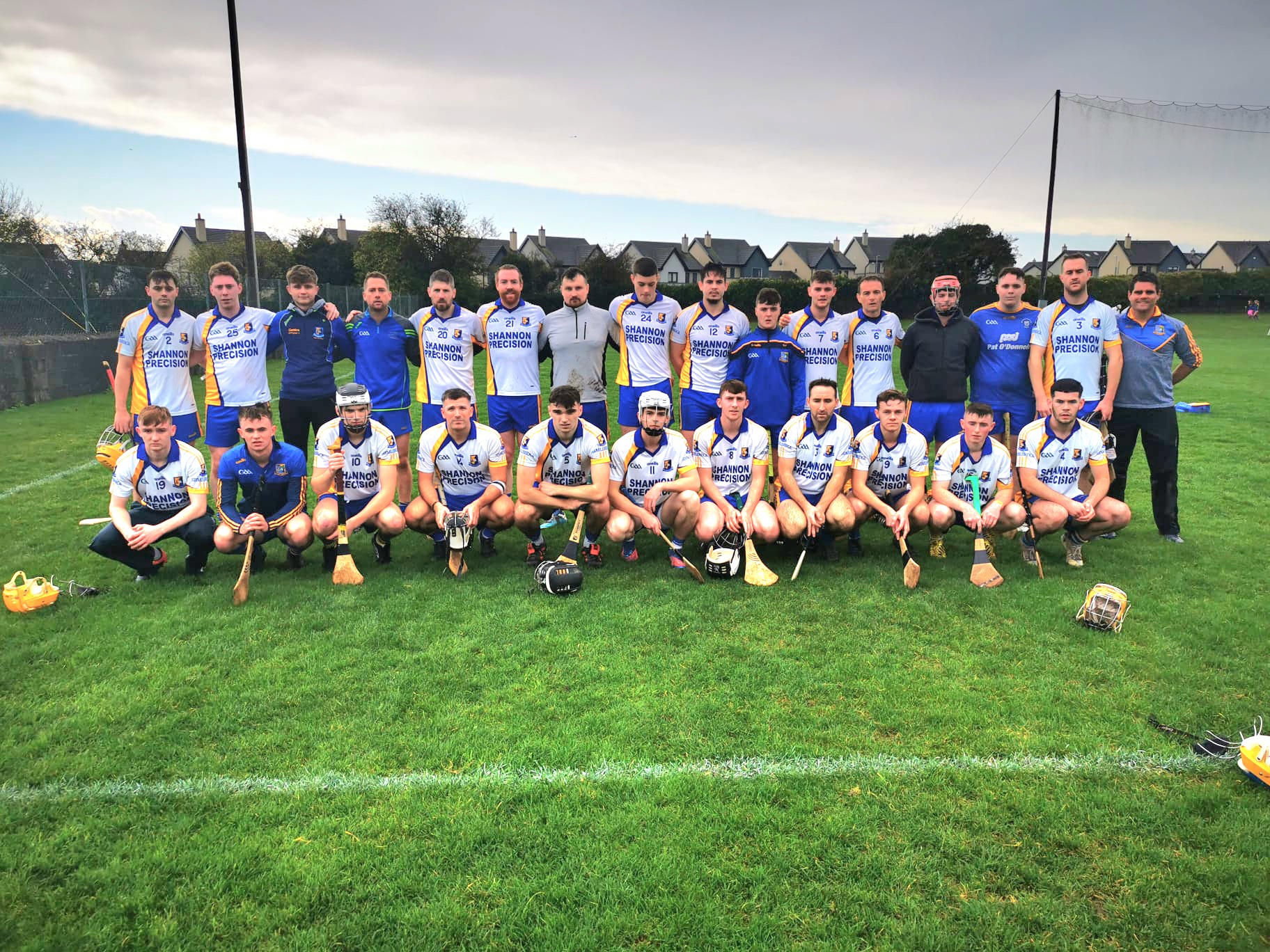 Our Junior Bs reached the summit on Sunday morning in Clarecastle when they managed to shrug off a determined Inagh Kilnamona side in the County Junior B Final.
This side had reached the Junior B County Final in 2022 also and lost out narrowly to Scarriff on the day. It was great to get back to a final and get the second chance.

The team was largely changed from last year with the likes of Niall Gilligan retiring, Stiofan Fitzpatrick moving down to Junior C premier, Luke O' Halloran stepping up to intermediate and David Kennedy making his senior debut, the previous examples fully illustrating the life cycle of a hurler!

There were however a few players that remained from that County Final day in Broadford last year, including Paul Fitzpatrick, Tommy Liddy, Evan O' Callaghan, Adam Murray, Cian Fawl and Evan Murphy, the rest being newcomers to the grade.

New club chairman Syl O' Conor wanted to build on the success of the recent underage teams including the 2019 U16 winning team and indeed via reaching U19 League and Championship finals earlier this year as well as Jun B League final, their progression has been steady. Some of the players from that team have gone on to play senior and intermediate and the remainder are playing Junior.

Mixed in with this youthful bunch are some more 'experienced' players such as Paul Fitzpatrick, Tommy Liddy, David O' Conor and Jason Murphy. Indeed these experience players backboned the team, providing captaincy duties, the full back, center back and full forward spots. A great example to the younger players emerging to be playing alongside the dedicated Paul Fitzpatrick who was playing Clare County Minor when most of his new team mates weren't even born!

The game was a hard fought game and the ''Bridge although leading for most of the game were never fully out of danger from a determined Inagh Kilnamona side. In the first half, veteran David O' Conor raised the green flag and was accurate from the close range frees. Evan Murphy contributed from the long range frees and Tommy Liddy, Oisin Breen and Dara Casey also raised white flags with Casey's being the pick of the bunch. At half time the score stood at Sixmilebridge 1-10 v Inagh Kilnamona 0-7, the 'Bridge holding a 6 point advantage.

The second half saw Inagh Kilnamona battle hard and threaten our goal a number of times but ultimately the 6 point advantage was maintained until the end. David O' Conor certainly injected some liveliness into his game when needed and bagged a couple of superb points. O' Conor and Murphy kept on target with the frees while Dara Casey, Adam Murray and subs Mike O' Halloran and Cian Gleeson also contributed points in the second half.

All in all a great performance by the team and a great year. Well done to management and players. The team will now play Junior A next year! 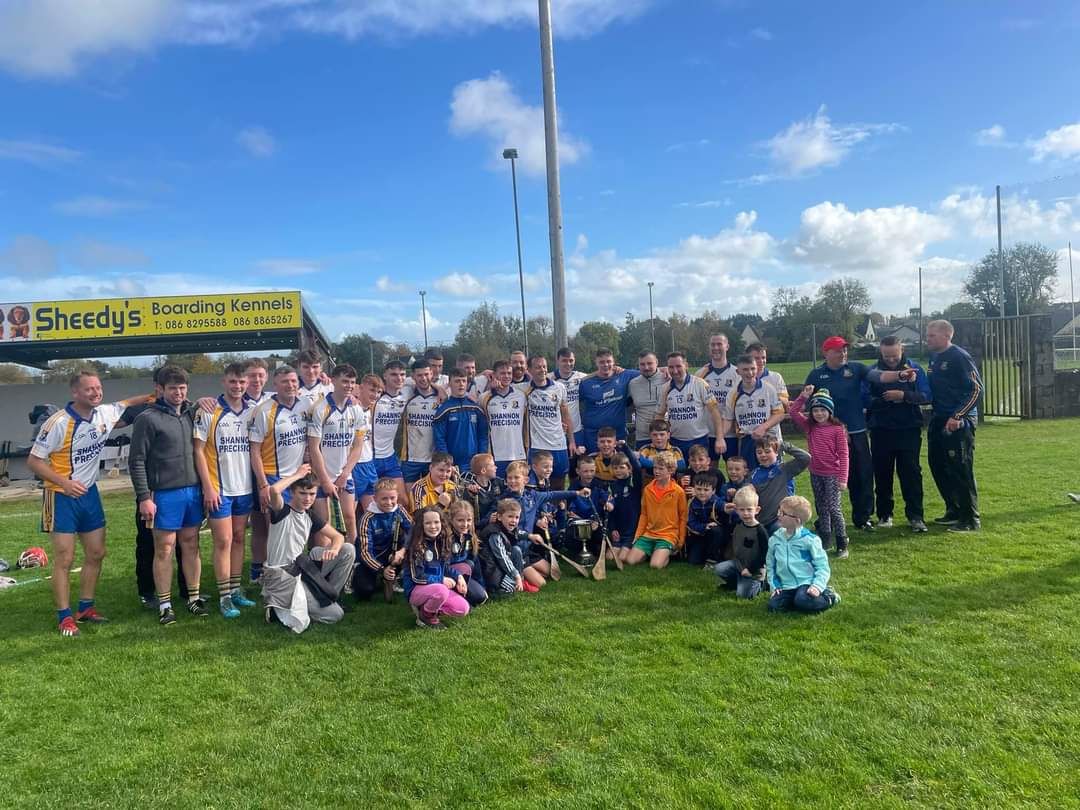 Cian Fawl played well in goals, pullingoff the saves when required and delivering the puckouts accurately. Eanna Chaplin was fearless all year at corner back and no corner forward had an easy day when marked by him. Jason Murphy proved to be very dependable in the full back position, playing there as if playing there his whole career, a highlight would be the treble block, one after the other in Cratloe against Clonlara in the semi final, bringing back memories of Richard Dunne versus the Russians. In the other corner was the pacey Michael Carey who wasn't afraid to get to the ball first every time and knew he had the after burners to recover if he didn't gain possession first time.

Wing back Evan O' Callagahan was tenacious whenever heplayed, away for the earlier part of the year he eventually made his way onto the team and deservingly nailed down his place. Alongside him was the evergreen Paul Fitzpatrick, playing wonderfully all year and captaining the side. He took a few big hits, having 20 stiches removed from his hand the week before the final and also he curtailed his sun holiday short to be back for the final training session and final. On the other wing was Seamus O' Connell, the man who delivers to the forwards like an NFL Quarterback!

At midfield the busy tornado that is Oisin Breen loves rucks and the stats will surely indicate how successful he is in winning possession and tackling and setting up attacks. Beside him was the second of the O' Callaghans, Gary who if he wore a GPS would have high mileage, he covered every blade of grass most days.

In the half forward line, Conor Gilligan played on the wing and improved no end in 2022 playing over 20 league and championship games between Junior C and B. in the center was Adam Murray who was very impressive all year, his burst of pace and accuracy no doubt raining the eyebrows of the Intermediate and Senior management teams. Then on the other wing, was Evan Murphy, who was strong under the high ball, deadly from the long range frees nd very accurate when he took on a chance from outfield.

In the full forward line, Dara Casey kept the average age respectable and showed whenever he got a sniff of a chance that he could find the posts no matter what the angle. Tommy Liddy was named at full forward but at times was seen back in the corner back position, hooking, blocking and tackling. Not content with waiting for the ball to come to him, Tommy often took the initiative and hooked, blocked and tackled to create the turnovers, one of the hardest working on the team over the course of the championship. Alongside him was David O' Conor who saved a brilliant performance for the final, contributing 1-7 in total, 5 frees and 1-2 from play.

Mike Halloran and Cian Gleeson and Morgan O' Connell all contributed when the came on also. Halloran straight into the battle as usual and after a heavy tackle got straight back into it and contributed with a point. Gleeson also managed to get on the scoresheet and O' Connell fresh from Junior C success kept his man quiet for the remainder of the game when he was introduced.

Management, with Terence Chaplin at the head ran the setup professionally and the players responded in kind with the County Final success a just reward. 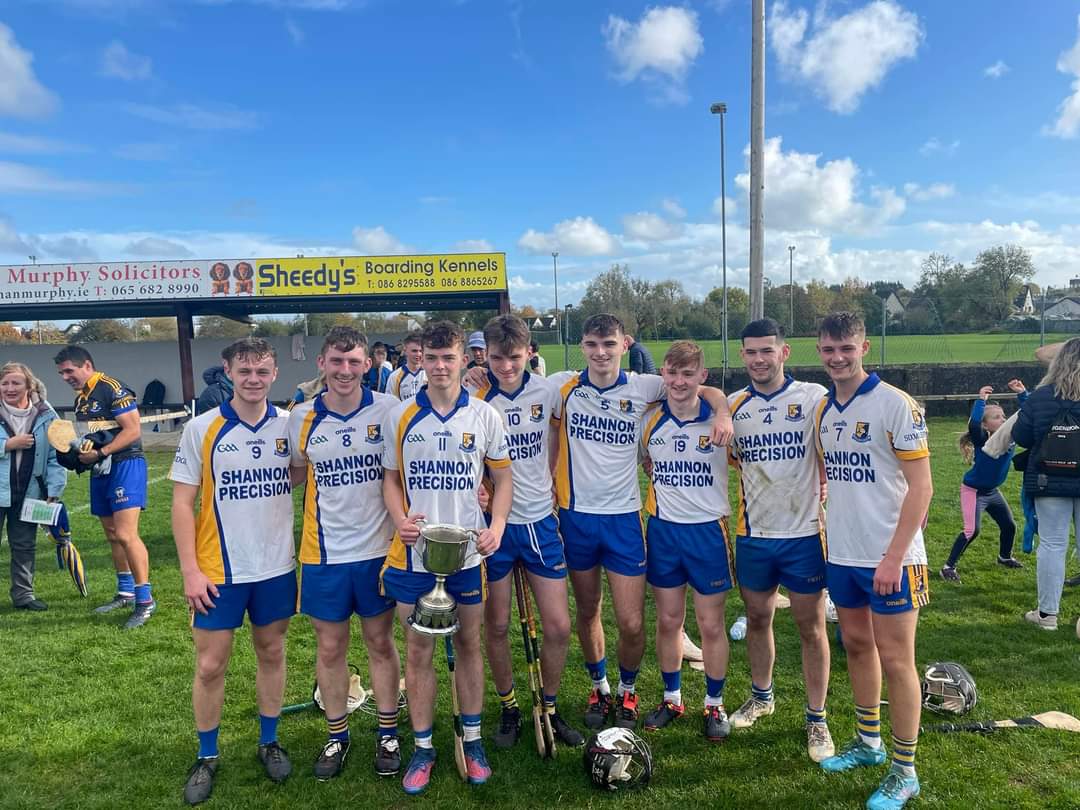 Hopefully this victory will be start of a journey for many of these players, but for now we will celebrate it, it has been a long and tough year for many and these glorious days which bring a bit of joy to a community should be embraced. Well done all involved!!