Up for the Final - Held at Gleesons Bar, Sixmilebridge 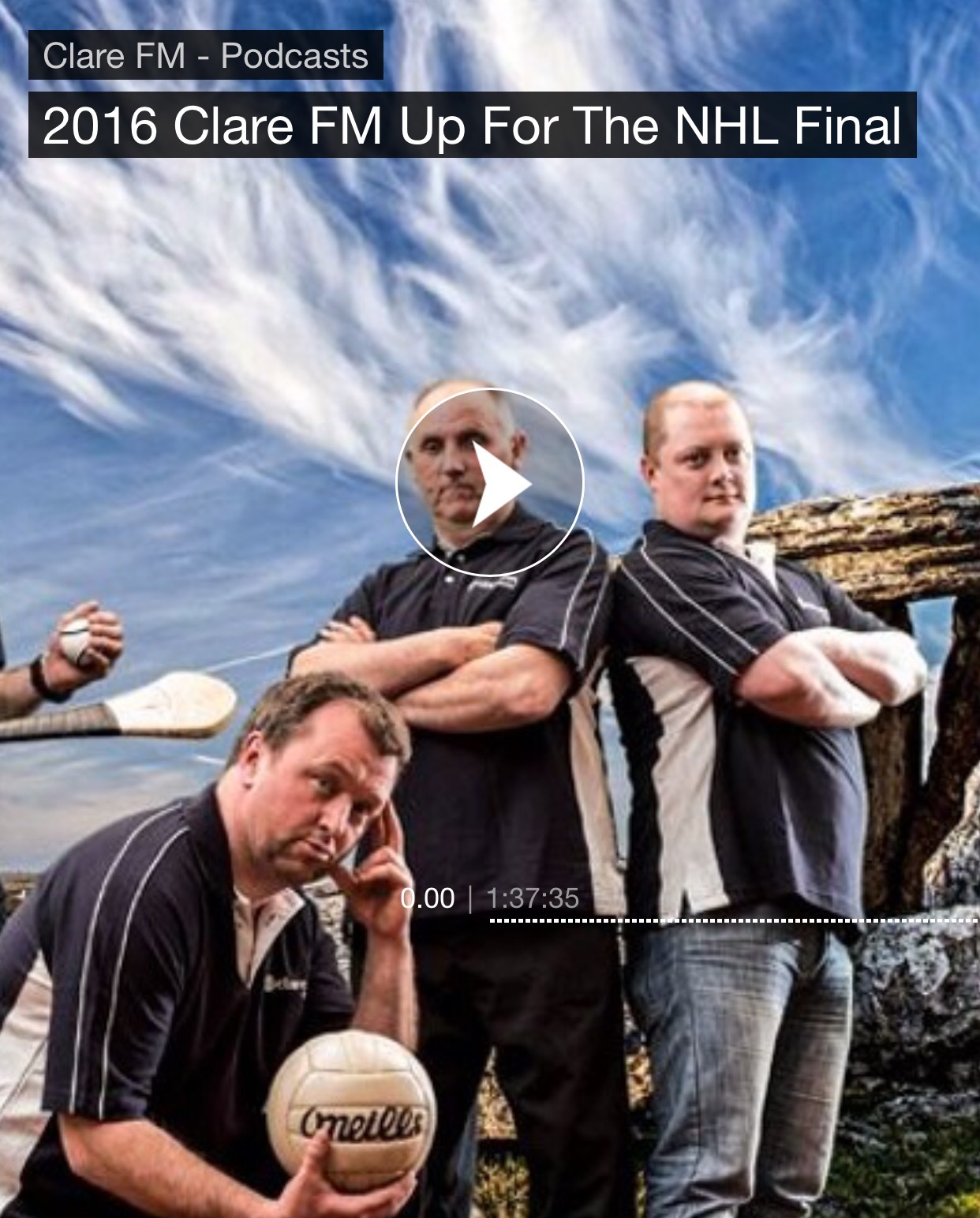 Up for the final was held last week at Gleesons bar in Sixmilebridge in the build up to the Allianz National League Final between Clare and Waterford.

Last Sunday's game finished with nothing between the sides even after extra time.

Next Sunday will see the replay throwing in at 3:30 again at Thurles.

Have a listen back to some old and new names from the famous victories in the 70's to our most recent appearance in a league final, Which Davy Fitzgerald and Niall Gilligan featured back in 2005.

In the National League roll of honour, both counties sit on three titles to date.