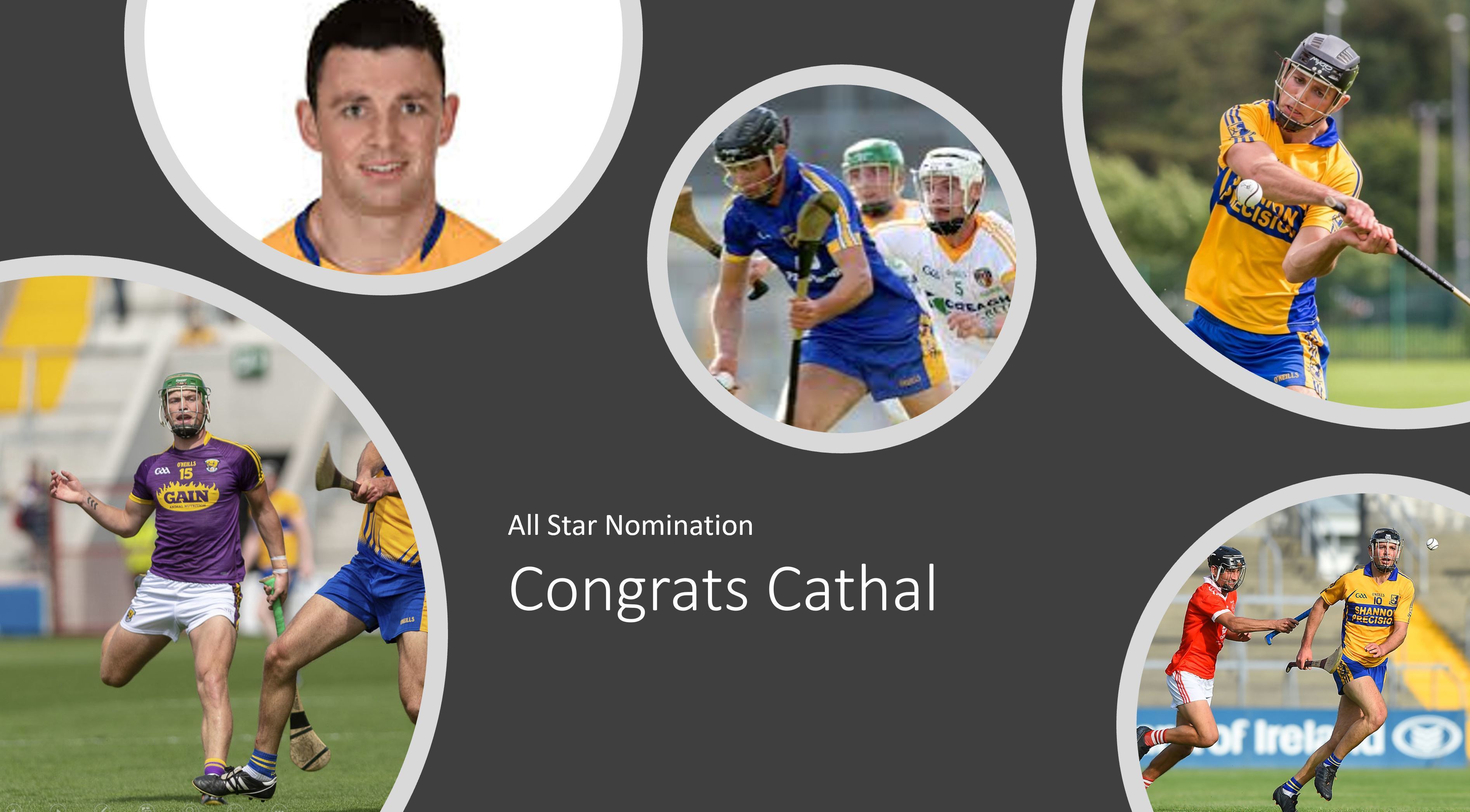 Congratulations to our Senior Team Joint Captain Cathal Malone who has been nominated for an All Star for the second year running. Malone who has collected 4 Seneior Championship medals with the Bridge has been Clares most consistent player throughout 2021 and is richly deserving of the nomination in Midfield and few could argue if he is named on the team despite Clares early Championship exit. Congrats also to Rory Hayes, Tony Kelly and Aidan McCarthy who are also nominated for awards.

The full county breakdown for the hurling team is Limerick 15, Cork nine, Waterford seven, Kilkenny five, three each for Clare and Tipperary and one each for Dublin, Laois and Wexford.

Will O’Donoghue, Darragh O’Donovan (all Limerick)