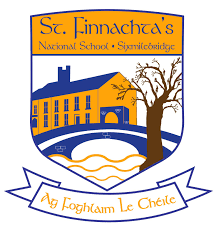 The old saying of your School days being the best days of your life were displayed in spades today as the School team played a hum dinger of a game against Ballyea in their final group game of the competition. For the boys in 6th class this was to be their last official game in the Finnachtas Jersey and while the results to date against Clonlara and Cratloe did not go their way they were determined to finish on a high. There was nothing but a puck of a ball between both teams today with the sides level at half time on a score of 2-06 to 3-03 and level again with time up only for the Primary Game star Conor Keogh to step up and following a 40 metre run up the field split the posts for a mighty win.

Scenes of Jubilation erupted on the bus home when local music star Michael O'Grady hit the high notes with classics such as My Little Honda 50 and Hit the Diff to ensure the elder statesmen of the team will remember their last big game for the school with fond memories.

The school now turn their attention to the Jim Bradley memorial tournament which is an internal school league to remember Jim who served as school principal in Sixmilebridge in the 1980s & 1990s and oversaw the school dominate Clare Schools Primary Hurling and Camogie competitions during this time.

A big thanks to our principal Mr. Heagney who's own determination, spirit and skills which saw him win All Ireland club titles with Portumna were evident in a well drilled defense today and to all the teachers and club coaches who helped out throughout the year in the school we are very appreciative.

Meanwhile Kilmurry NS will start their campaign very soon in Division 3 of the competition.

Clonmoney NS with Ronan Gavin and Evan Murphy in their squad have qualified for the Semi Finals of their competition with wins over St. Conaires, Newmarket and Stonehall to date.

Adult Team Roundup - With the conclusion of the Adult Hu...

Another busy week on the U13 scene for Sixmilebridge squa...

Our community is less a real character following the pass...

Under 8 Camogie Go Games Blitz round 2

Last Saturday morning with an early throw in time, the un...