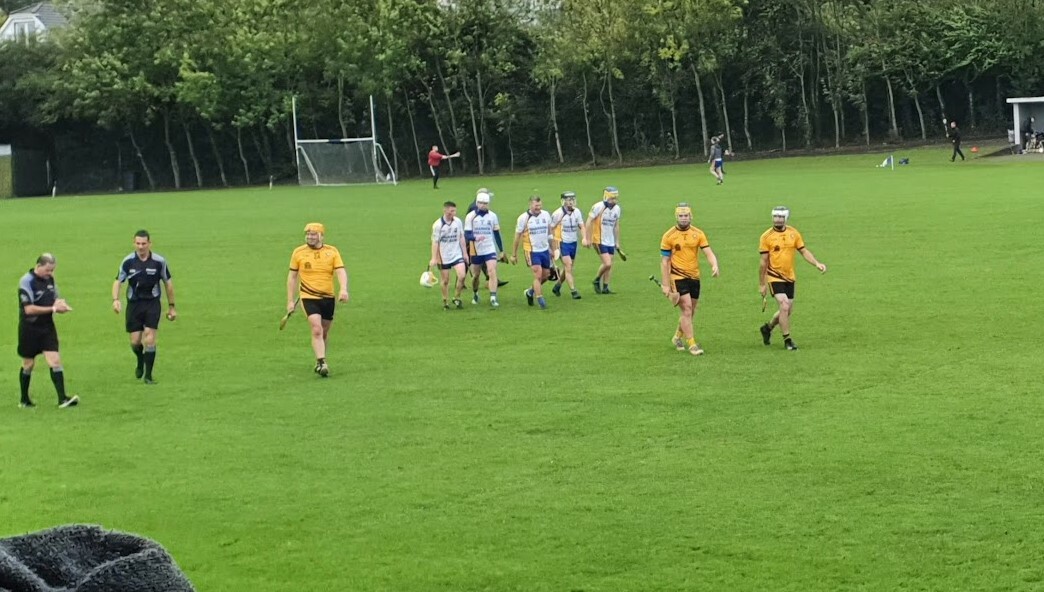 Our Junior Bs are through to the County Final after a decisive victory against Clonlara on Sunday last. Played in Cratloe in very wet conditions, the 'Bridge went about their job with purpose and Clonlara in the first half provided a stern test. As the game progressed the 'Bridge began to dominate and ran out convincing winners in the end. They will now meet Inagh Kilnamona in the final which will likely be played Sunday week.

Good for the 'Bridge on the day were Oisin Breen at midfield and Jason Murphy at fulll back. Tommy Liddy also had a super performance rolling back the years, his second such performance in recent games. Paul Fitzpatrick at center back also put in a good shift. The mix of experience and youth is working well for the Terence Chaplin managed side. Best of luck to the Junior Bs in the County Final.