U21 C Team bow out of Championship 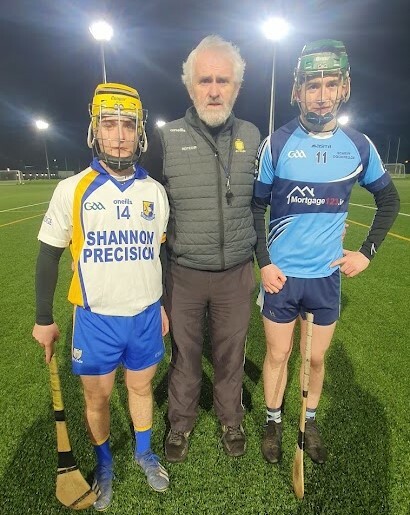 Our U21C Hurlers excited their championship at semi final stage last Friday night at the unusual venue for a championship game, the fantastic new Astro Pitches at the University of Limerick Campus. A cold and wet night, conditions were tough but the surface and lighting were obviously excellent. Scarriff Ogonnoloe were the opponent's and they had the wind in the first half which was significant.

Scarriff Ogonnoloe started well and their half forward line were penetrating well winning primary possession and the breaks aswell before taking their scores. The 'Bridge against the wind were finding it difficult to get the ball up the field and retain it. Noel Flynn opened the scoring for the 'Bridge with a well taken free and there were points from Sean Macnamara (2), Gary O Callaghan and Dara Fitzgerald in the first half. Scarriff Ogonnoloe however had amassed a couple of goals and 12 points by half time.

The second half saw Scarriff Ogonnoloe push on, with some fresh subs to introduce, vital on a fast surface. The 'Bridge managed a couple of points from frees from Noel Flynn and a couple of goals from Sean Macnamara and Gary O' Callagahan but in the end it wasn't enough and the East Clare side took the honours on the night reaching the final.

Captained on the night by Noel Flynn the side had no player on the age and indeed a large number who are underage for the next several years. So a win and a loss for this side in 2022 and training as a group with all the U21s will help for development in the coming years as these players ease into adult hurling.

Good on the night for the 'Bridge were Paddy Reilly, Dara Toomey, Conor Gilligan, Gary O' Callaghan and Noel Flynn.